map drawings and texts created during a walking residency with Deveron Arts (2014) from explorations focusing on watercourses.

The images here are extracts from the book and blog lorg-coise , originally published by Deveron Arts ( Nov 2014 / £10 / available to buy from Deveron Projects)

some were created in conjunction with Alec Finlay. 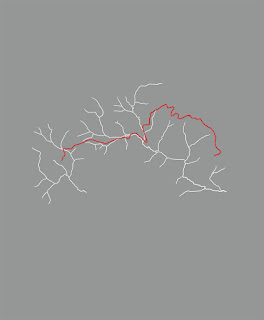 a walk from the Blue Cairn to the Garnet Stone 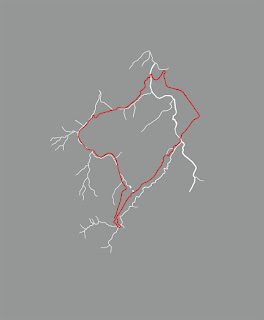 a walk from bridge to ford: Bridge of Avon to Ca-du Ford 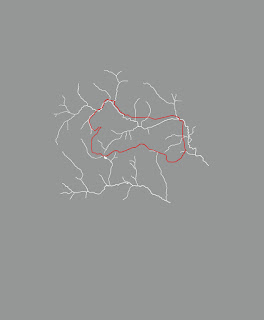 a walk from Corriebreck to Breagach Hill via Dubh Breac 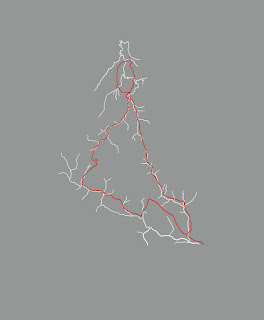 The route for day one follows the old coffin road, up the Kindie burn and down the Kindy burn, to the Cabrach; day two continues from the Cabrach to Glenbuchat, returning to Glenkindie. 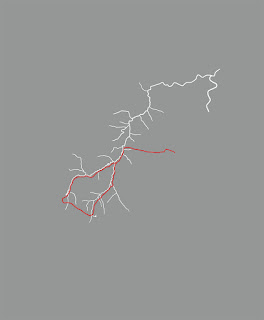 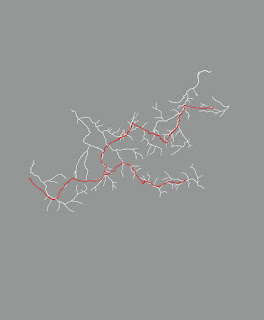 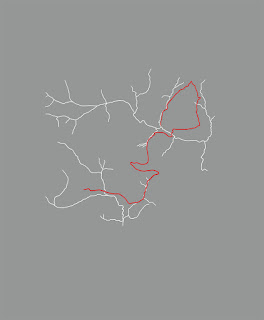 a walk between two wells:
White Well to Well of Cul-dearg 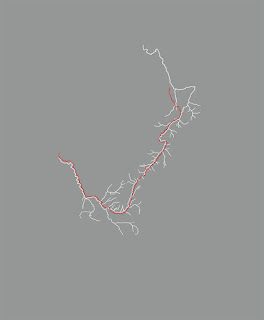 This route follows landrover tracks up the River Fiddich to its watershed with the River Livet, and continues down the River Livet to the distillery. The Elf House Cave is near the Fiddich/Livet watershed