Oral history interviews (from Tobar an Dualchais, collected by field workers of the School of Scottish Studies) give first-hand accounts of the lore of these waters – including ‘South West by South’, in which an apparition changes the course of a ship. In another tale, a seer spies a full-rigged ship approaching from the direction of St Kilda, years before the vessel was wrecked on rocks between Heisker and North Uist.
In response to the stories, I created drawings 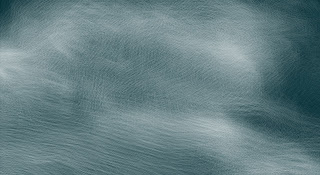 The drawings were done on a graphics tablet, and the process became utterly meditative. I produced hundreds and chose just a few. It would be impossible to replicate the images I drew, as I became lost in them.
I also selected extracts from the stories and made a booklet that can be read and downloaded here
(*select two page view or open in Acrobat)

The interviews speak for themselves.
You can listen to them here and also read the full transcriptions here

The Hebridean was haunted (English)

The boat the Hebridean was haunted

Murdoch Brown of Mannel was drowned in 1867

Boats being burned after a drowning (English)

Discussion about boats being burned after a drowning

The night before three Berneray fishermen were drowned, a man saw two of the bodies being carried on ladders

Full transcriptions of the stories can be found here

I am indebted to Louise Scollay from the Scottish School of Studies Archives for pursuing permissions and tracing the relatives of both contributors and reporters on my behalf.