An t-Eilean Fada, The Long Island: A Poetic Cartography 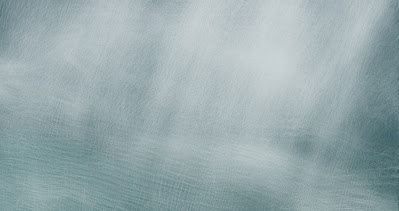 South West by South is an exhibition of new work created for An Lanntair (22 may-4 july, 2021 ) in Stornoway, and Taigh Chearsabhagh (4 sept-23 oct, 2021) in North Uist.  I began work for the exhibition in 2019, visiting the islands several times over a period of two years.
The show guide gives an overview of content and themes, expressed through a 'poetic cartography', in an installation of large-scale prints, vinyl wall drawings, audio recordings, and maps.
I gave a talk and tour of the work, which was filmed by An Lanntair and can be seen HERE

The dense interplay of sea, land, and light in the northwest of Scotland, and in particular the Western Isles has captivated me since childhood. I often imagined living there. Although I felt a deep attachment to the place and however much it inspired my practice, I came to realise that I would always be a tourist, a spectator, on the outside of an entrenched culture looking in. It was important to make connections.

I sought permissions to use oral history interviews, from the School of Scottish Studies, which form a central part of the show, through which I met Catherine and Alastair Laing from North Uist. Alastair’s father Andrew Laing had given an account of the Van Stabel, a ship wrecked off the coast of Heisker, recorded by Tobar an Dualchais. Andrew’s father in law, Donald John MacDonald, was stationed on Heisker as the Receiver of Wrecks c.1900. Catherine also showed me her daughter Mary’s dissertation about Heisker.

Part of the work for this exhibition focuses on an exploration of the Sound of Harris. So it was grand to be able to interview a native of Berneray, Donald MacLean, whose life is intricately bound in a relationship with the sea.
I made contact with Ian Stephen the writer, artist and storyteller from Lewis whose passion for the sea has been a motivating force behind his work. I reconnected with Murdo MacDonald, ( Emeritus Professor of History of Scottish Art, at the University of Dundee), whose great grandfather had captained the clipper, Sir Lancelot, and whose ancestors had ‘pulled him back’ to live in Lewis.
Other chance connections transpired: A door from a sideboard in my sister’s house made from parts of a ship wrecked in North Uist, where my brother in law Ronald MacVicar’s family came from, led to his cousin, Donald MacQuarrie, sending me his research on shipwrecks. Playing the low whistle at sessions in the local pub led to meeting box player Dougie MacDonald a native of  North Uist, who helped with translations of the Gaelic stories.

My recent focus is the dynamic relationship between sea and land – the exhibition is the result of many visits to the Western Isles. Along the extent of the liminal shore the interplay of tidal currents and weather is complex and, from a human perspective, fickle, authoring dramatic, sometimes destructive, events. In ‘South West by South’ these are expressed through poetic cartography, in an installation of large-scale prints, vinyl wall drawings, audio recordings, and maps.